I challenge you to sign the petition, honor the boycott, and make your own fire cider: keep your family and our herbal & local food community healthy!

At the end of December, I wrote this summary of the battle between the herbal community as a whole and one selfish, short-sighted national company as a little aside in a full-length magazine article on infused vinegars.  They declined this section–it was off topic–so I’m publishing it here with some additions (anything that seems angry, because I am).

Fire cider is a spicy, immune-boosting infused vinegar that is traditionally taken in the winter as a cold and flu remedy. The concept is old, but the name “fire cider” was made up by herbal pioneer Rosemary Gladstar in the 1970’s, and published in a copyrighted book in 1994. Rosemary has been a pillar of the herbal community for decades and has taught so many herbalists that her ideas have become part of the common parlance. Fire cider is now a generic term with many recipe variations, produced in kitchens around the world.

However, a heated debate has arisen over the use of the term fire cider.  A Massachusetts-based company, Shire City Herbals, has started manufacturing wholesale fire cider for national distribution and has trademarked the name, claiming it as their own invention–despite it being a well-known traditional, generic term, previously published in books and produced by hundreds of small companies.  As Tradition Not Trademark says, it’s like trademarking “pizza.”

Since the trademark went into effect, Shire City Herbals has pursued many individuals and small, local companies with threats of legal action and bullying on social media and sites like Etsy, despite claims that they have no intention of “persecut[ing] folks making home remedies and selling their remedies on a small scale” (from the Shire City Herbals blog).

Despite their name, Shire City Herbals is not a local herbal company; they have national distribution of their only product, fire cider, and have been called “a small national company working to corner an industry with a single product” by Free Fire Cider.  In other words, they are not one of the thousands of companies run by community herbalists trying to make a living doing what they love; instead, they’re doing what they can to destroy the livelihoods of others.

The herbal community has risen up in resistance to the dangerous precedent this trademark sets, along with local food aficionados and do-it-yourself enthusiasts, as the trademark forbids the use of a long-standing generic term and recipe, and violates the principles of a community based on cooperation and shared knowledge.  Beyond the lack of ethics here, the long-term dangers to the herbal community are significant, as Free Fire Cider explains:

“[T]his could set the precedent for the trademarking of generic, traditional terms by national companies and could lead to a huge change in the grassroots herbal product industry, nationally and internationally. With national companies potentially bullying smaller herbal producers with the legal system, forcing them to stop using generic, cultural, historical herbal terms, so that they can capitalize off of the term, and monopolize the industry with the standardized product. A scenario like this could lead to restricted access to quality, small batch, herbal remedies made locally and distributed locally.”

There is legal action pending against Shire City Herbals to revoke the trademark as well as a boycott, an online petition to the US Patent and Trademark Office to get the trademark revoked with over 9,000 signatures (please add yours), and many free and fabulous recipes available all over the internet.  I really love Mountain Rose’s recipe, and these charming variations from Rosemary Gladstar.

The herbal community urges everyone who cares about small-scale local production and an economy of cooperation to make their own fire cider this year!  There are as many recipe variations as there are cooks and it’s likely to change based on what you have in the kitchen, but here’s a place to start.

Based on Rosemary Gladstar’s original, Juliet Blankespoor’s guidance, my family’s taste buds, and the availability of ingredients in December in Vermont.

2.  Cover the mouth of the jar with waxed paper or cloth before putting on the lid. This prevents the lining of the lid from corroding due to the acidity of the vinegar.  Label with the date and ingredients, and store in a cool, dark place.

3.  Shake the jar daily (or as often as you remember). The motion helps extract the medicinal properties more thoroughly.  The longer your vinegar infuses, the stronger it will be.

4.  Strain in 1-3 months.  Pour through a fine strainer or cheesecloth into a clean jar. Squeeze out the last, strongest goodness before discarding.

Take 1-2 tablespoons per day to keep your immune system strong, or 2-4 tablespoons a few times daily as a remedy for colds and flus.  It’s very strong-flavored, so dilute in water or honey as needed.

26 thoughts on “The Battle Over Fire Cider”

R O S E / H O N E Y
Solomons Seal blooming in the Old Ways Herbal Botanical Sanctuary: must be excited for • Garden Day • on Sunday!
Join us •in person• for the first Garden Day of the season on Sunday!
Anemone pulsatilla, or pasqueflower, celebrating the end of spring in the Botanical Sanctuary at Old Ways Herbal. This is another at-risk plant that is never for wildcrafting—but surprisingly easy to cultivate from starts. These came from @richters.herbs about 5 years ago and really put on a show.
Hello Goldenseal! This friend has been spreading on its own in the Old Ways Herbal Botanical Sanctuary, from seeds and plants installed in 2013 through a generous fund from @unitedplantsavers. Goldenseal is an at-risk plant, so we never wildcraft it or buy it—no matter how large that one patch is, this is a threatened species that deserves to flourish in the wild. Instead, I grow it! I also wildcraft invasive Japanese barberry instead of Goldenseal, as the medicine is similar and the populations are abundant, to say the least.
I’m honored to say I got a leadership award for mutual aid work from @sovtyps —and check out the sweet wood koozie from @betterwheel they picked as a trophy! Cant say I’ve ever gotten a nicer award.

Order Herbs From This Link & Support My Work 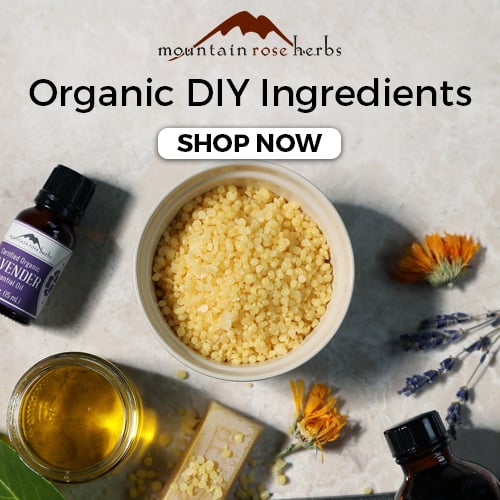 All writing and photos on this site are copyright Juliette Carr unless otherwise noted.

This blog is a labor of love. Please do not reproduce my writing without my permission. Feel free to contact me and I will get right back to you. Thank you.

The information on this site is my opinion only and is not intended to diagnose any disease or otherwise step outside the scope of practice of someone writing online for public consumption. Please make your own informed decisions, and see the health care provider of your choice if you feel unwell. Thank you.

Order You Ingredients from my shop